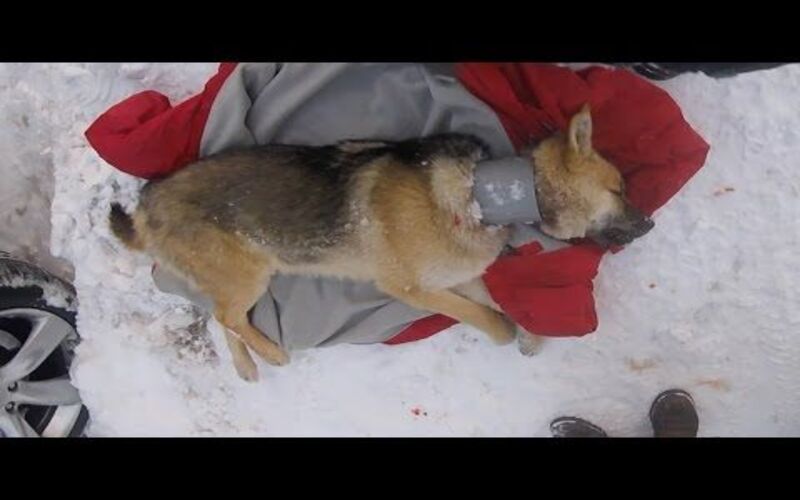 This os such a touching story about a kind and caring veterinarian who is from Bucharest, Romania. On a very cold winter day the vet went extra miles in order to rescue a stray doggy who needed urgent help. for a stray dog in need of help. The veterinarian’s name is Rosu Ovidu. The vet is so kind and caring that he will never miss the opportunity to provide a second chance of life for the vulnerable animals. He is the leader of an organization called The Outdoor Rescue Vet which always responds to the calls for assistance and this case wasn’t an exception as well.

Marinela Tudor is the woman who announced a out the doggy and told that he had been living with a plastic pipe around his neck after someone probably put it there thinking it was fun or tending to mock the poor cutie pie.

The kind doctor immediately took his scissors and got rid of the disgusting pipe that was hindering the cutie to have a full-fledged canine life. The cutie pie is now living at Asociatia Paws United which is a dog shelter that belongs to Marinela. We hope that he will recover quickly and then he will be completely ready for adoption will be adopted and sheltered by a caring and responsible family which he really deserves.

You can have a look at the video following the rescue process.

Don’t you agree that we need more kind people like this wonderful doctor in the world?