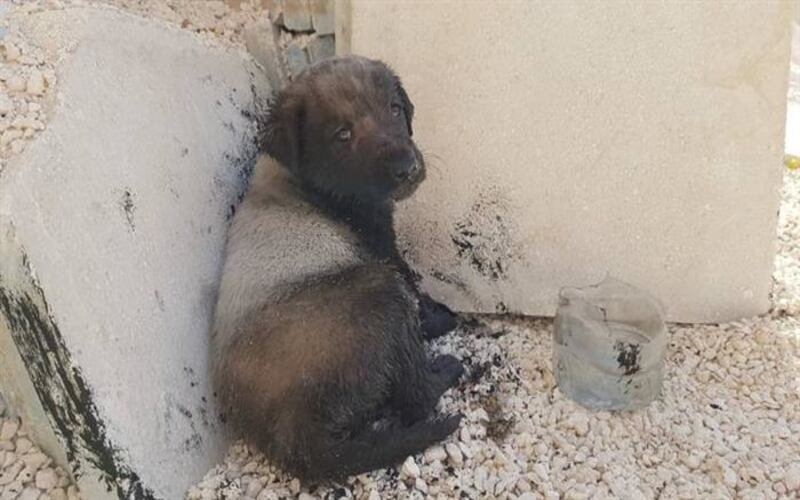 If you already got a kind heart, than it is good in everything!

A few weeks ago, volunteers from the Syrian rescue society for cats House of Cats Ernesto in Aleppo were on the road. They were in search of abandoned and homeless kittens, in order to feed them and gave a home.

But suddenly they noticed a doggie, which was floundering in a barrel of diesel duel. 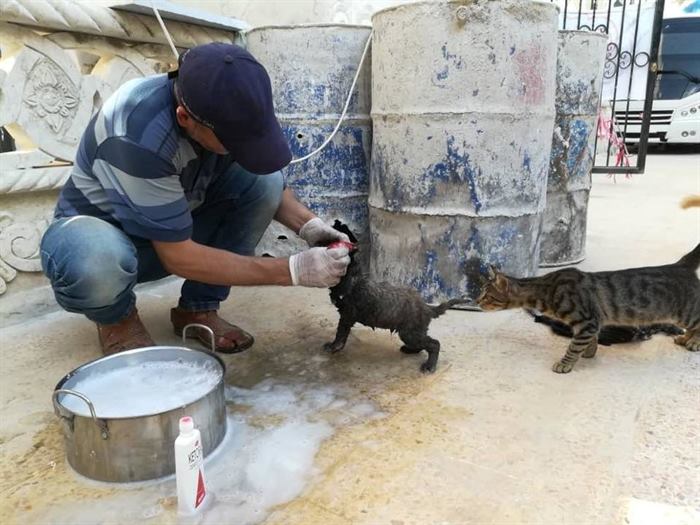 And of course kitten rescuers couldn’t simply ignore the little drowning creature. They got the baby and took it to their centre, where they washed it and introduced to their kittens.

It took a lot of efforts to get to dog back to its primary golden coat colour. 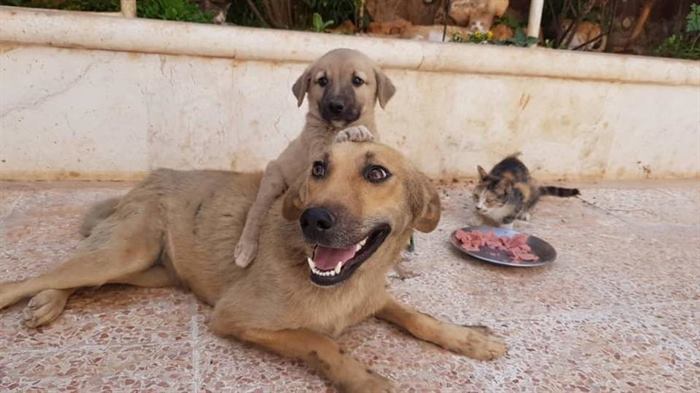 At first the baby was very frightened of an unfamiliar environment and even huddled in a corner. But then he found his mother! 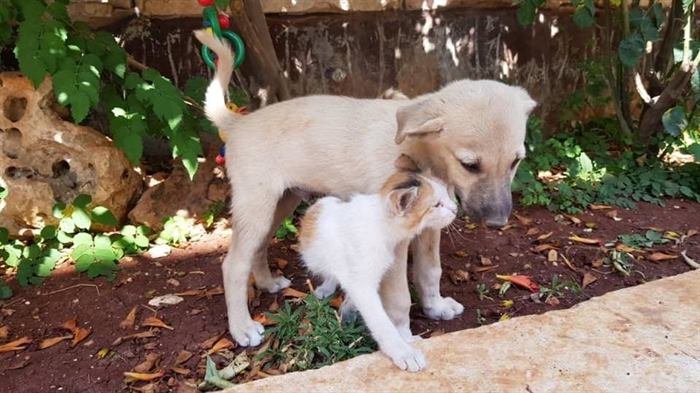 The fact is that another dog named Amira lived in the shelter, who lost her puppies and was taken by rescuers as a nursing mother for several newborn kittens. And the puppy began to consider this dog as his parent! 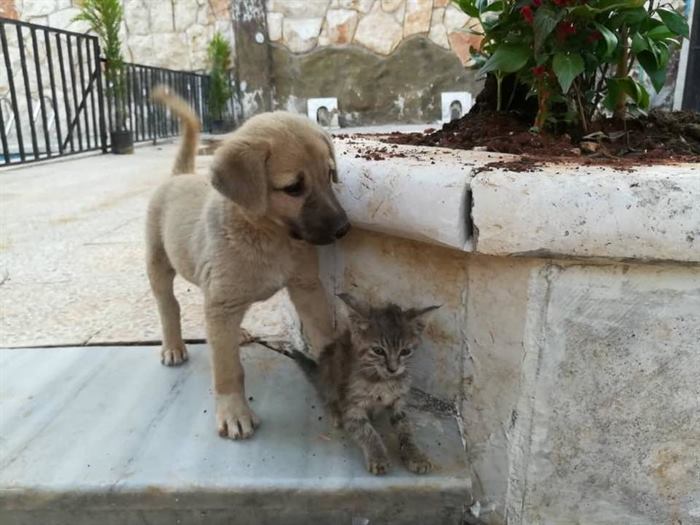 The boy from the barrel was named Henry, and this is the most caring baby in the world. All the kittens considered him their brother and he never offended them!

Henry and the kittens always slept together and even played.

And no matter how many kittens climbed on him at the same time- he coped with all!

When the dog already forgot about everything he had gone through, he was taken to the dog shelter. 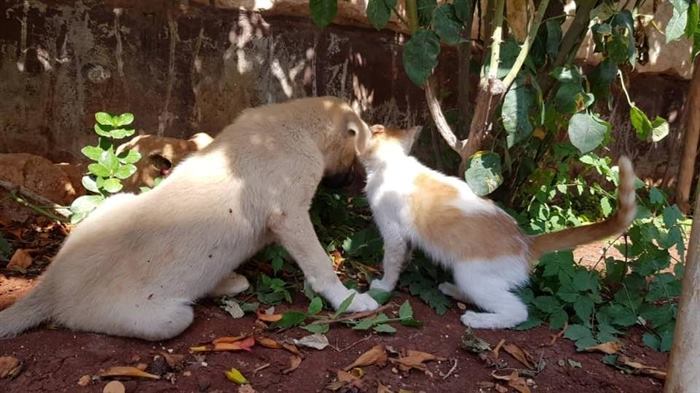 This place has much better conditions of living and has many special places of interest for rescued pets: for example a pool and a walking area with exercise equipment. Here the pets will live, until they are sheltered!

And it’s a story about the little rescue. It’s so good, that there are still people, who are ready to help the kitten, the puppy and even a man.

True kindness has no boundaries- and may it always be so!

«How can such transformations occur?” Amazing photos of women before and after makeup

“Surprised so surprised!”: A woman with gray hair decided on a drastic change