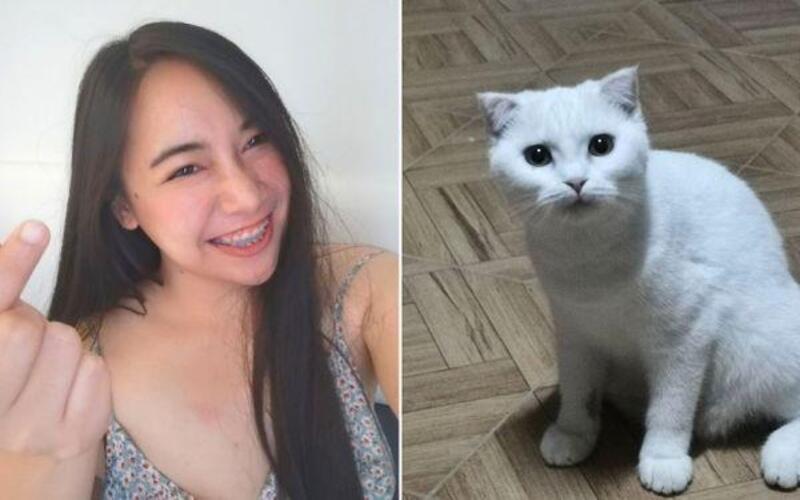 Real owners always take care of their pets and strive to make sure that cats, dogs and other animals live well next to them. That is why, when they see that the pet is sick, they do everything possible to cure it. A girl from Thailand named Thammapa Supamas wanted to help her snow-white cat and cure her fungal infection with folk methods, but instead she turned her pet into Pikachu.

This is Tammapa Supamas from Thailand, who has a snow-white cat 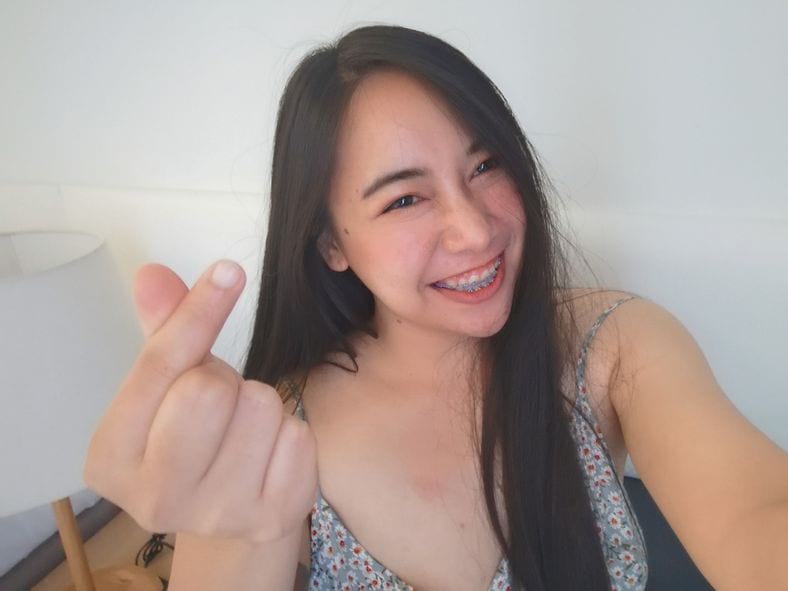 And here she is 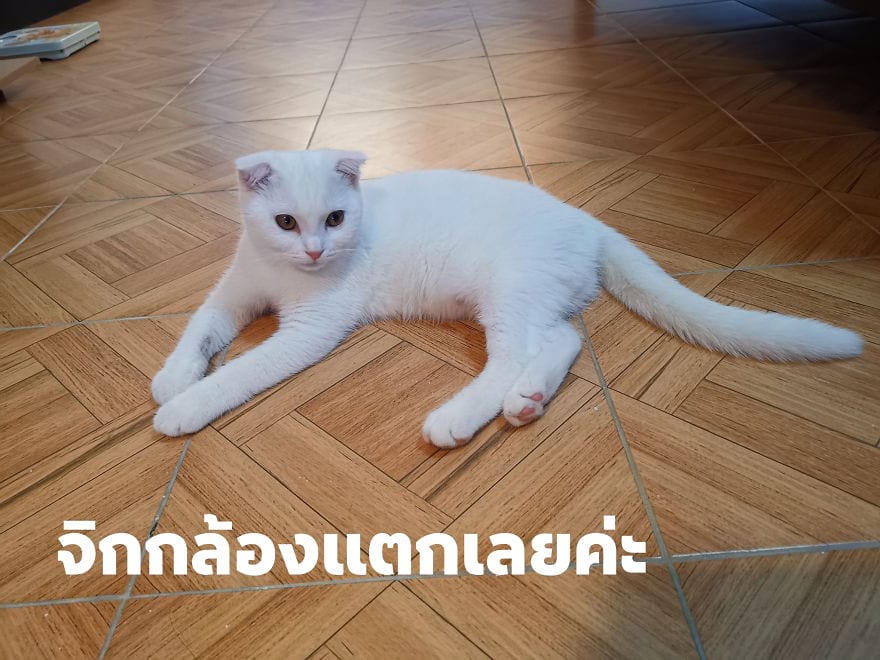 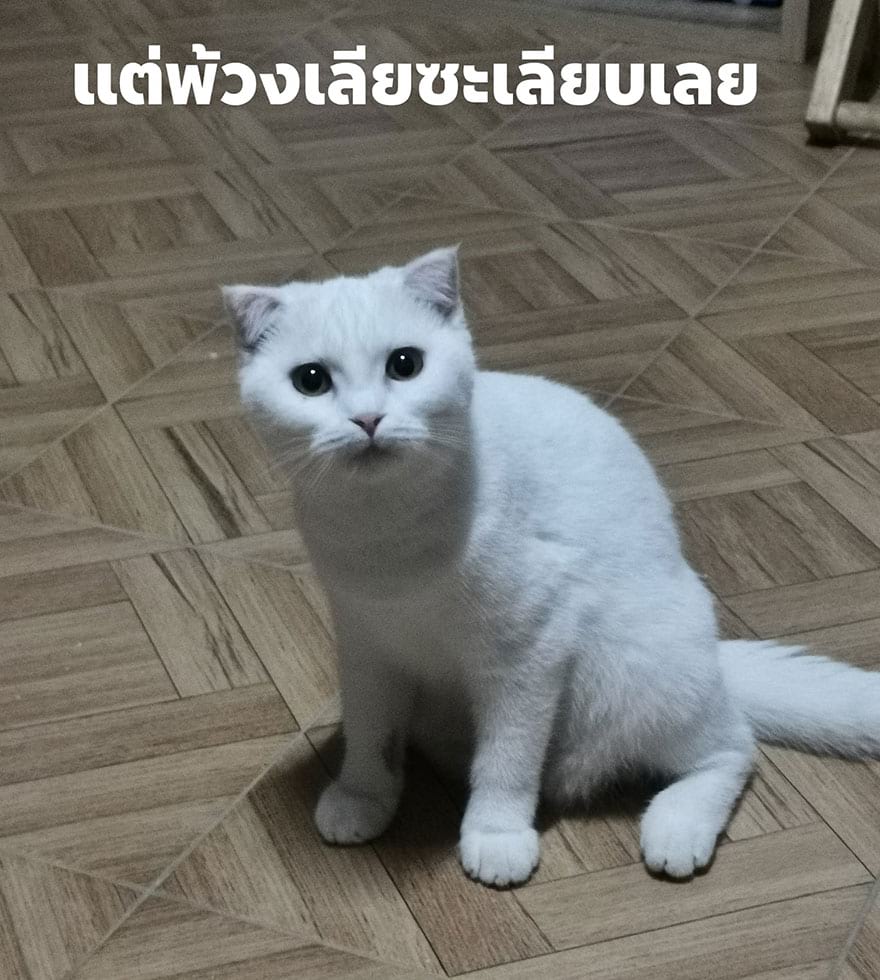 Therefore, the hostess decided to help her pet by applying folk methods. 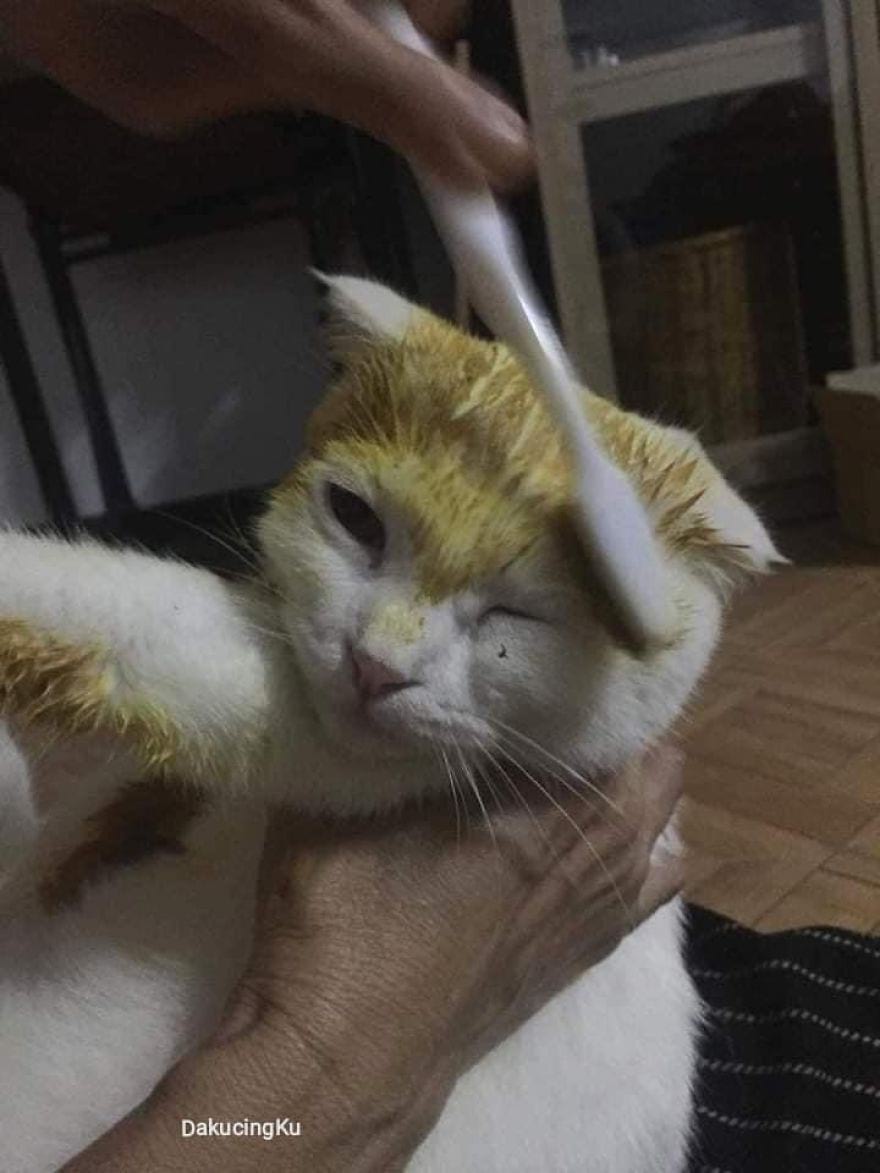 Supamas was worried that her cat was getting sick and therefore asked her mother for advice, who suggested she use turmeric, an Indian spice and medicinal plant used to treat infections.

On the advice of her mother, the girl used the well-known spice — turmeric, which allegedly helps in the treatment of fungal infections. 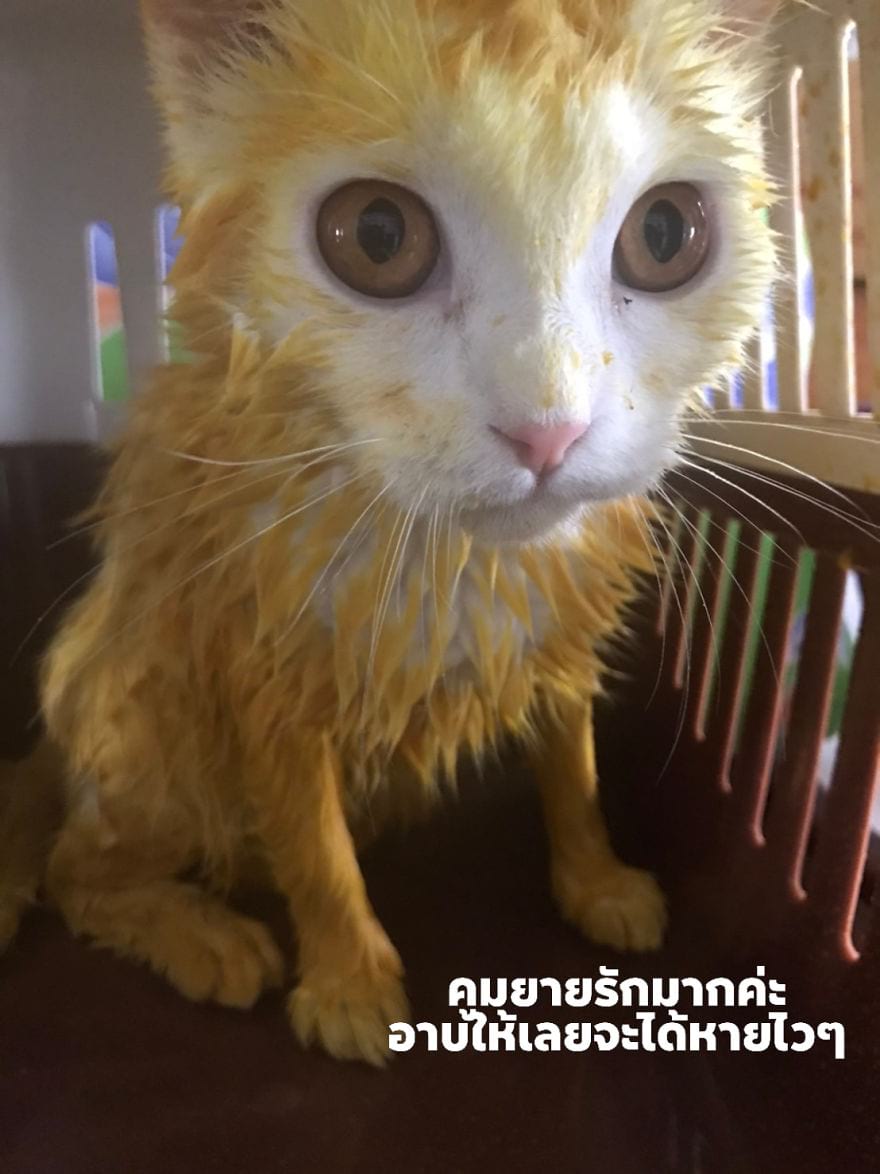 “My cat Ka-Pwong had a fungal infection and we treated her with everything we could, but nothing helped. Then my mother suggested using turmeric, which is used in the treatment of various kinds of infections, including fungal ones,” the girl said. 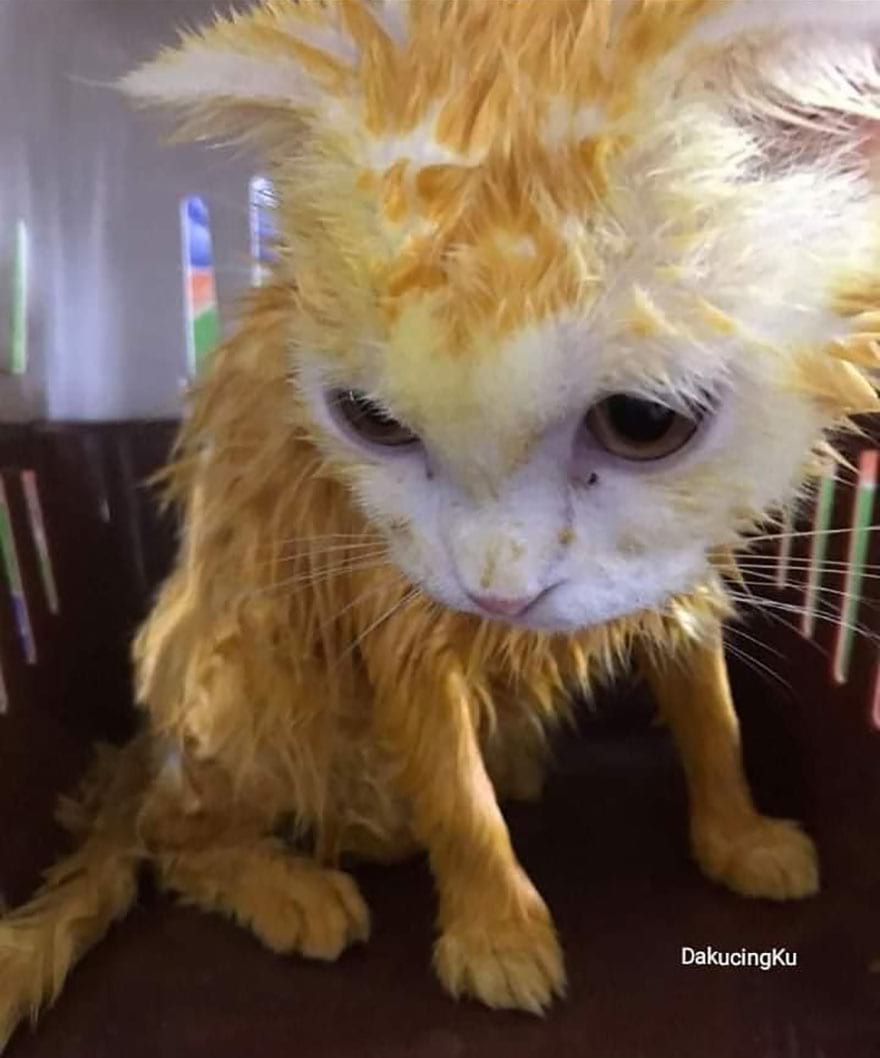 At first, Tammapa applied turmeric only to the area with the fungus, but since there was still a lot of spice left, she decided to apply it all over the cat’s body to prevent the infection from spreading. 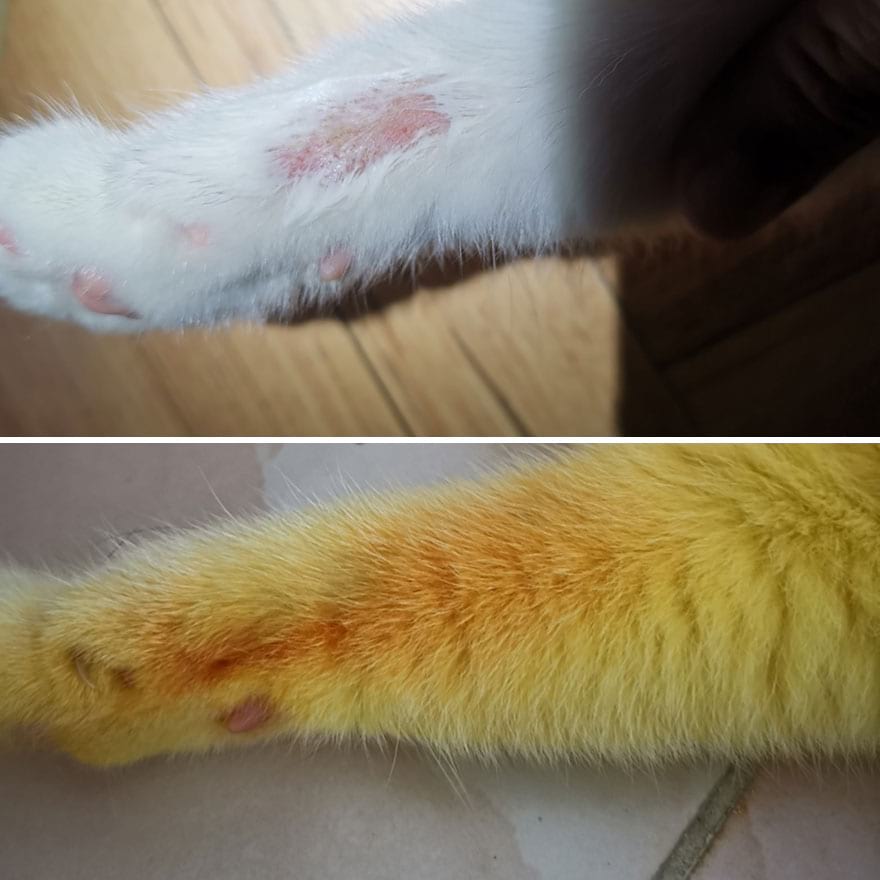 As soon as the Indian spice got on the snow-white Ka-Pwong fur, it immediately turned yellow 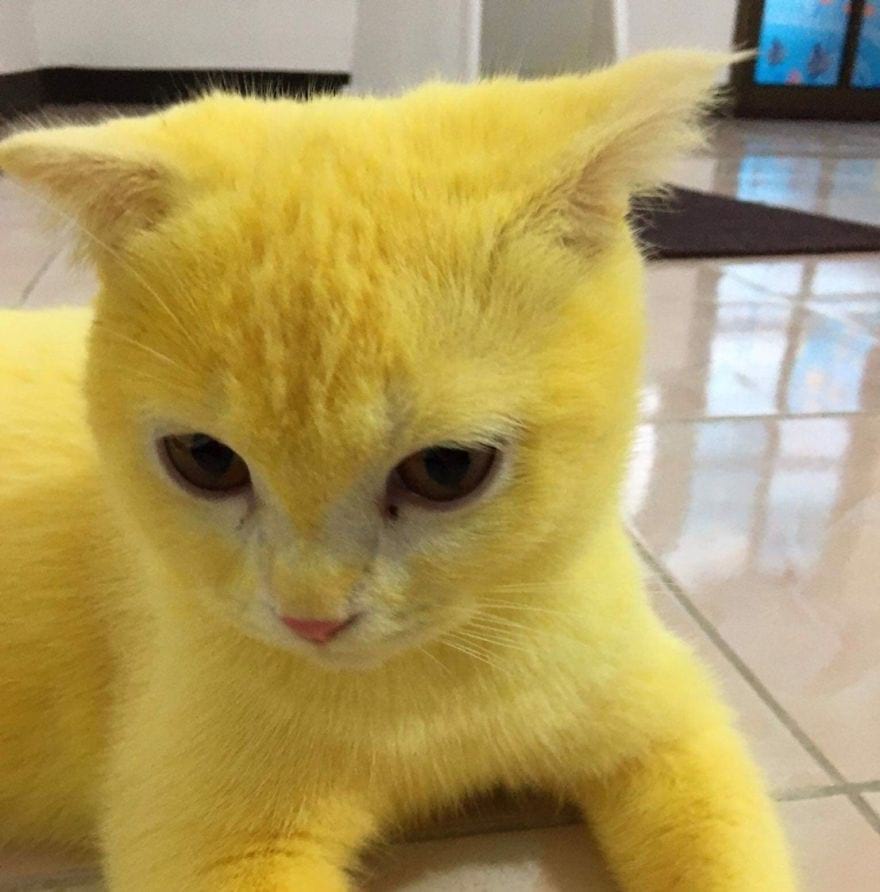 When the girl decided to wash off the turmeric, it didn’t work out, because the spice got into her pet’s hair and didn’t wash off in any way. 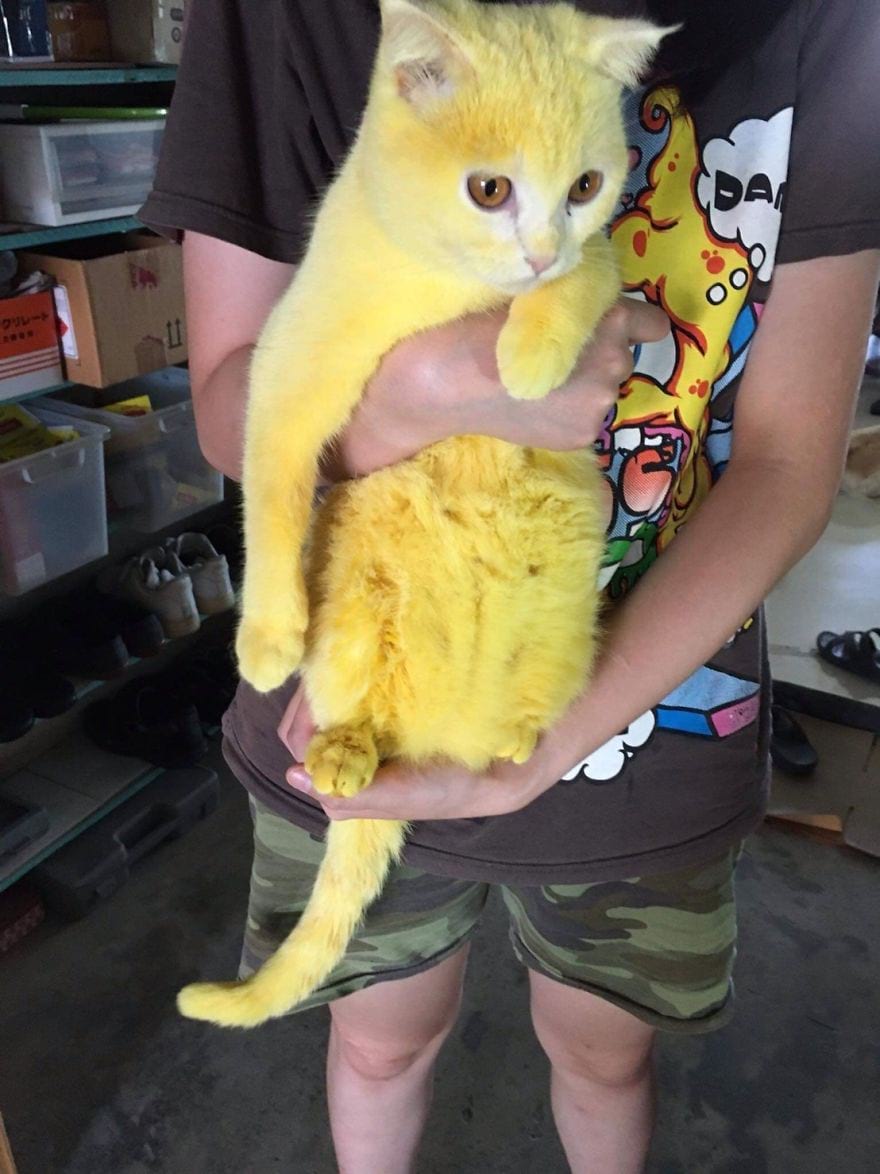 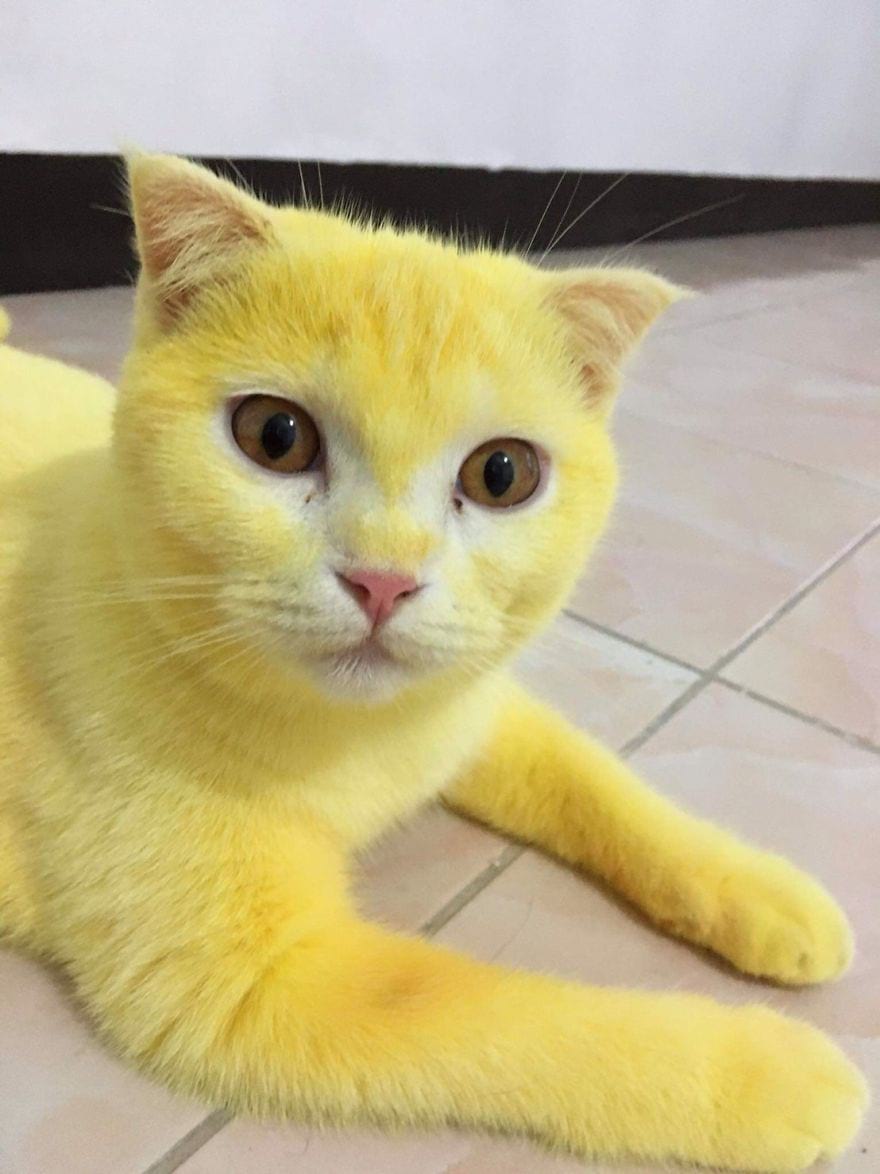 Fortunately, there is a significant plus in this story — the fungal infection has really disappeared and the kitty is no longer sick 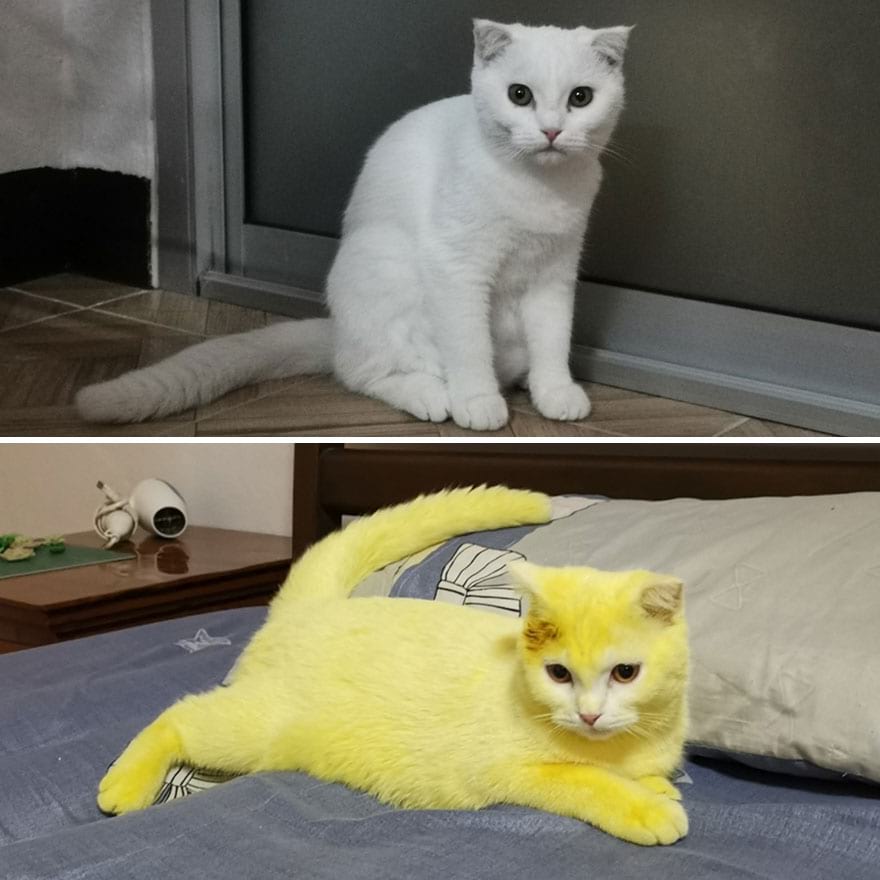 However, she looked a little different. Although, it is impossible not to notice that the yellow color of the coat suits the cat 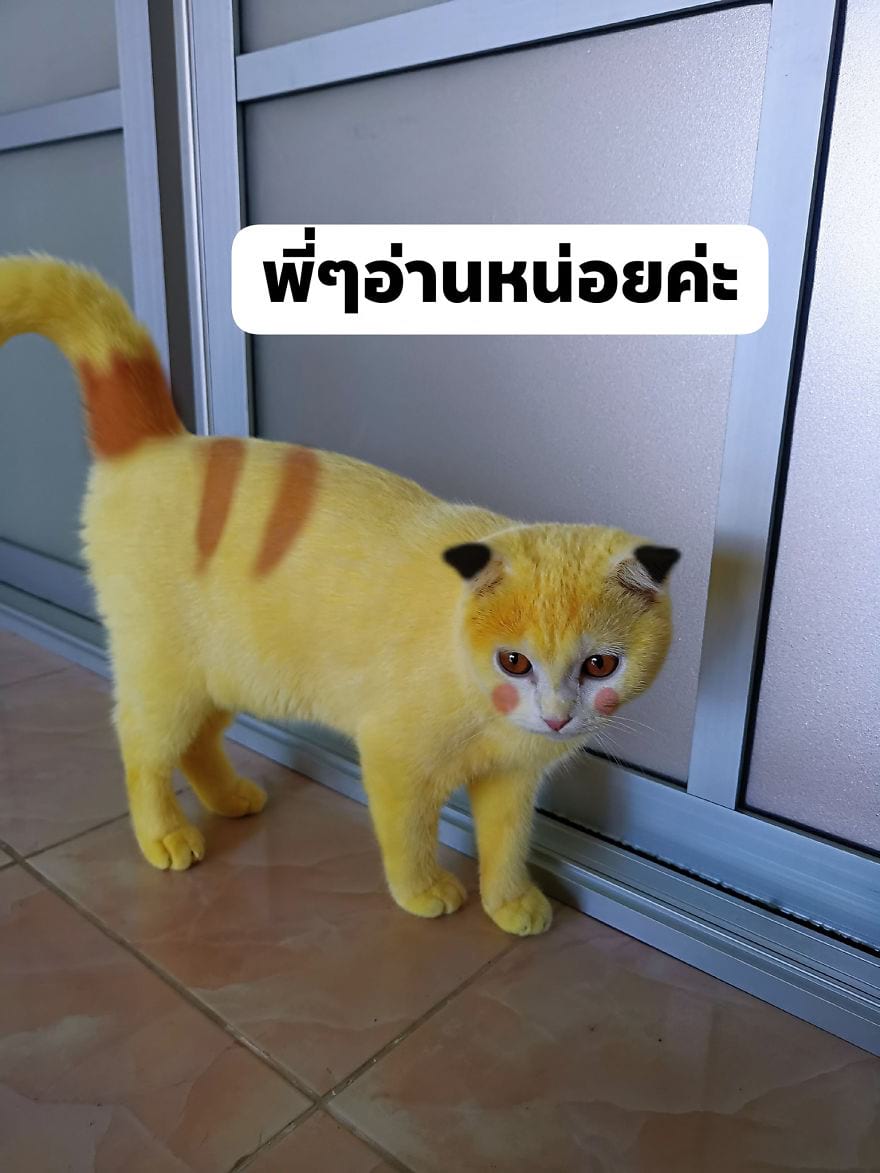 Supamas says she hopes that after 3 months the yellow color will disappear and her cat’s fur will turn white again. 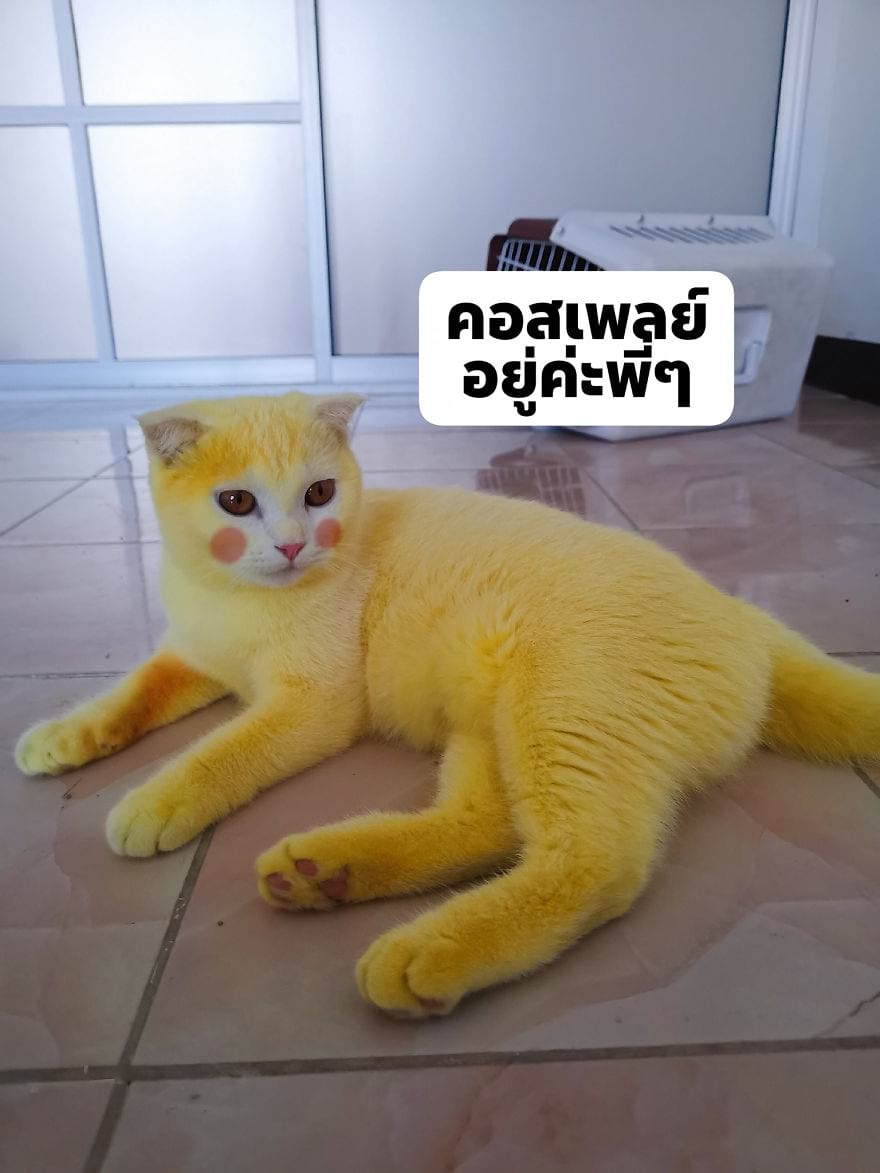 Owner Ka-Pwong thought her cat looked like Pikachu, so she added some relevant details to her photo