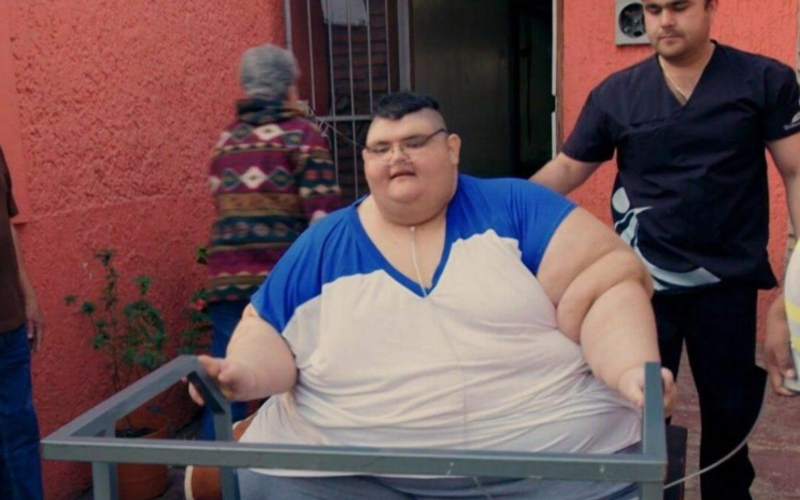 Juan is from Mexico. The man became famous as the fattest man in the world. Like other people who became famous thanks to this dubious achievement, the Mexican was inscribed in the Guinness Book of Records.

Juana has long been considered the man with the heaviest weight. However, the day came when the guy realised that he could die if everything continued to develop in this way.

Health problems that later provoked obesity were observed in the man from the moment of birth.

Every year, Juan gained 10 kg, so at the age of 6 he began to weigh like an adult. The weight reached the mark of 2 centres when he was about 17 years old. 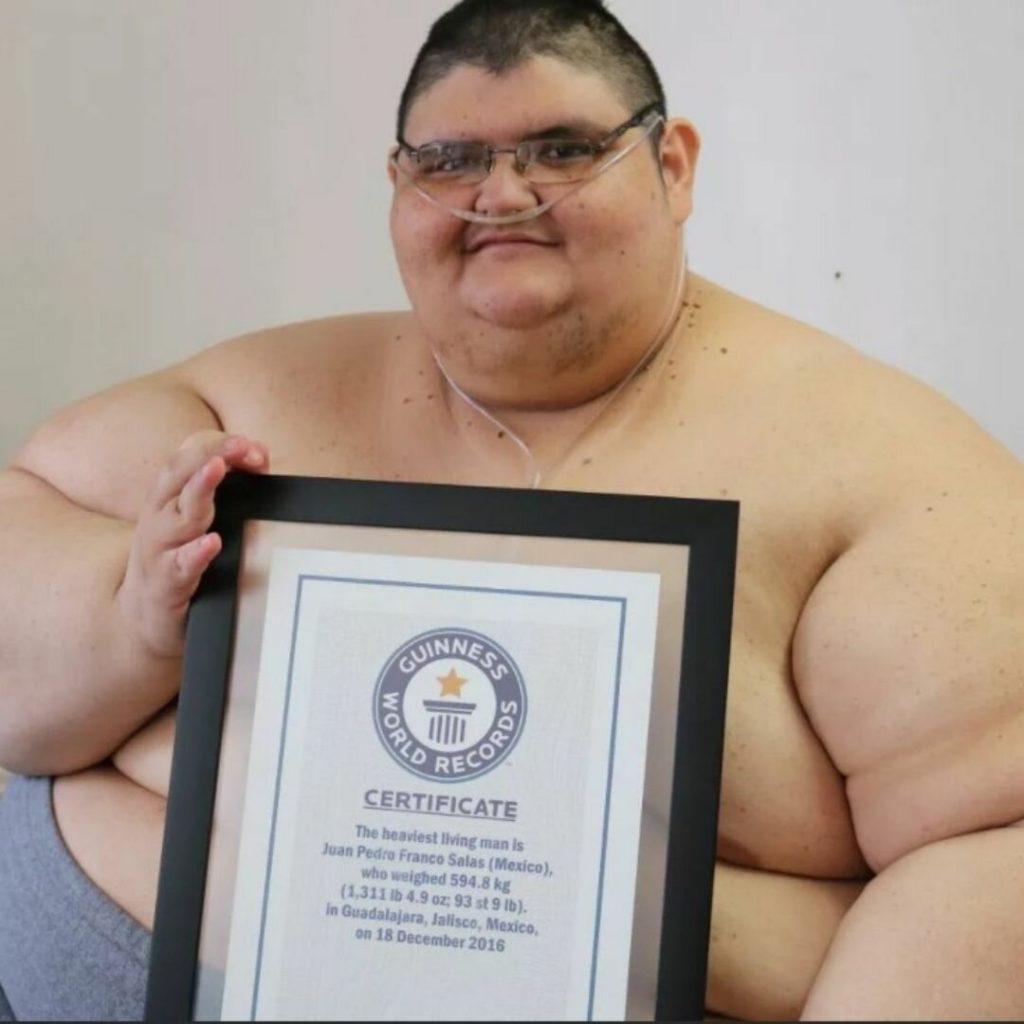 But, unfortunately, the problems in life were not limited to obesity alone. One day, Juan had an accident: he fell under the wheels of a bus and received very serious injuries.

This misfortune for a long time chained the guy to the bed. Because of this tragedy, the young man fell into a deep depression. He began to seek solace in food. The process of eating food gave him joy.

Juan did not get out of bed for 10 years, did not leave the apartment. Of course, because of this, the weight of a man has reached a critical point. 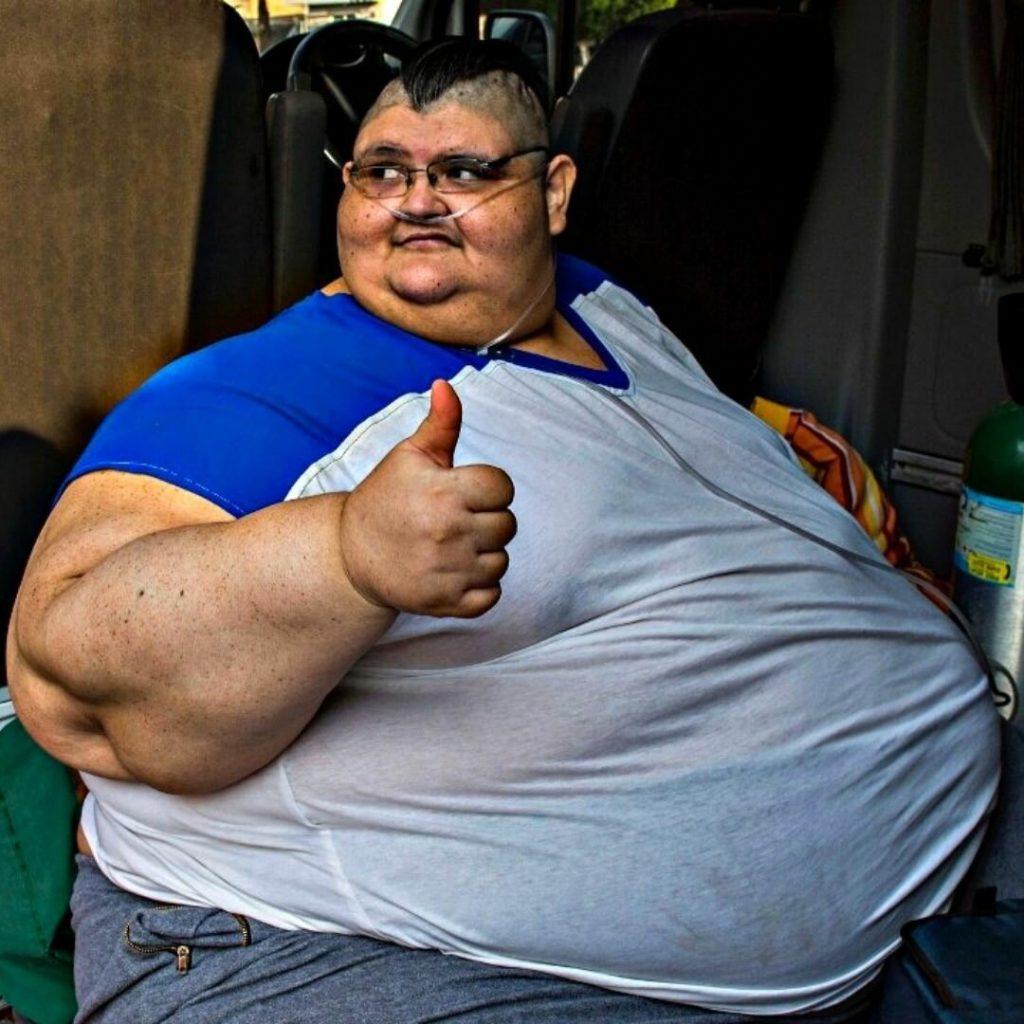 Thanks to social networks, everyone became aware of the life of the most weighty person. Representatives of the Guinness Book of Records came to Juan when his weight was 595 kg.

Obesity negatively affected the body system and the state of internal organs. Doctors diagnosed the heavyweight with diabetes, high blood pressure, and serious liver disease. Several dozen doctors began to save the guy. 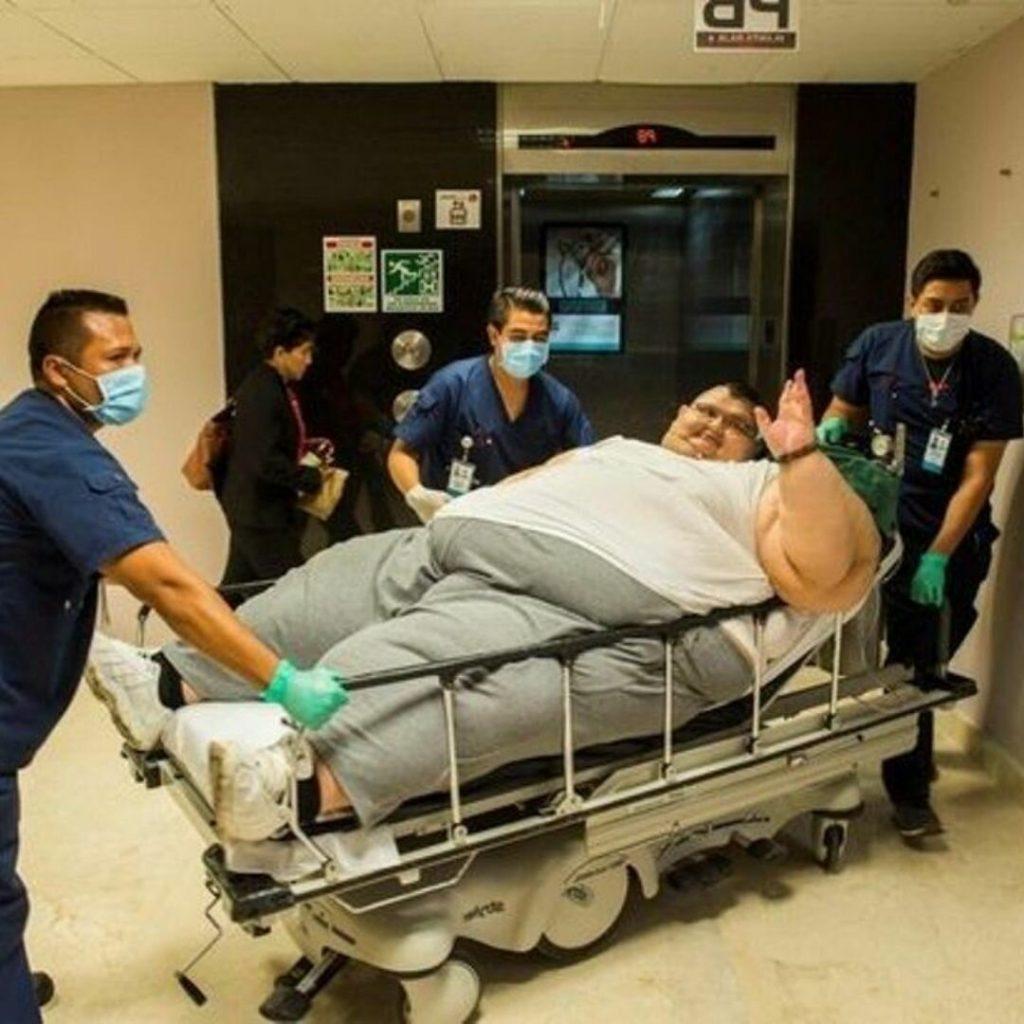 Treatment turned out to be a very difficult and long process. First, Juan needed to reconsider his diet and stop eating in such quantities. He managed to cope with this task. As a result, he began to weigh 170 kg less.

After that, Juan underwent a series of complex surgical interventions, during which his stomach was reduced by 3/4. The young man followed strict diets for 3 years, did not overeat. By following all the recommendations, he managed to lose more than 50% of his weight. 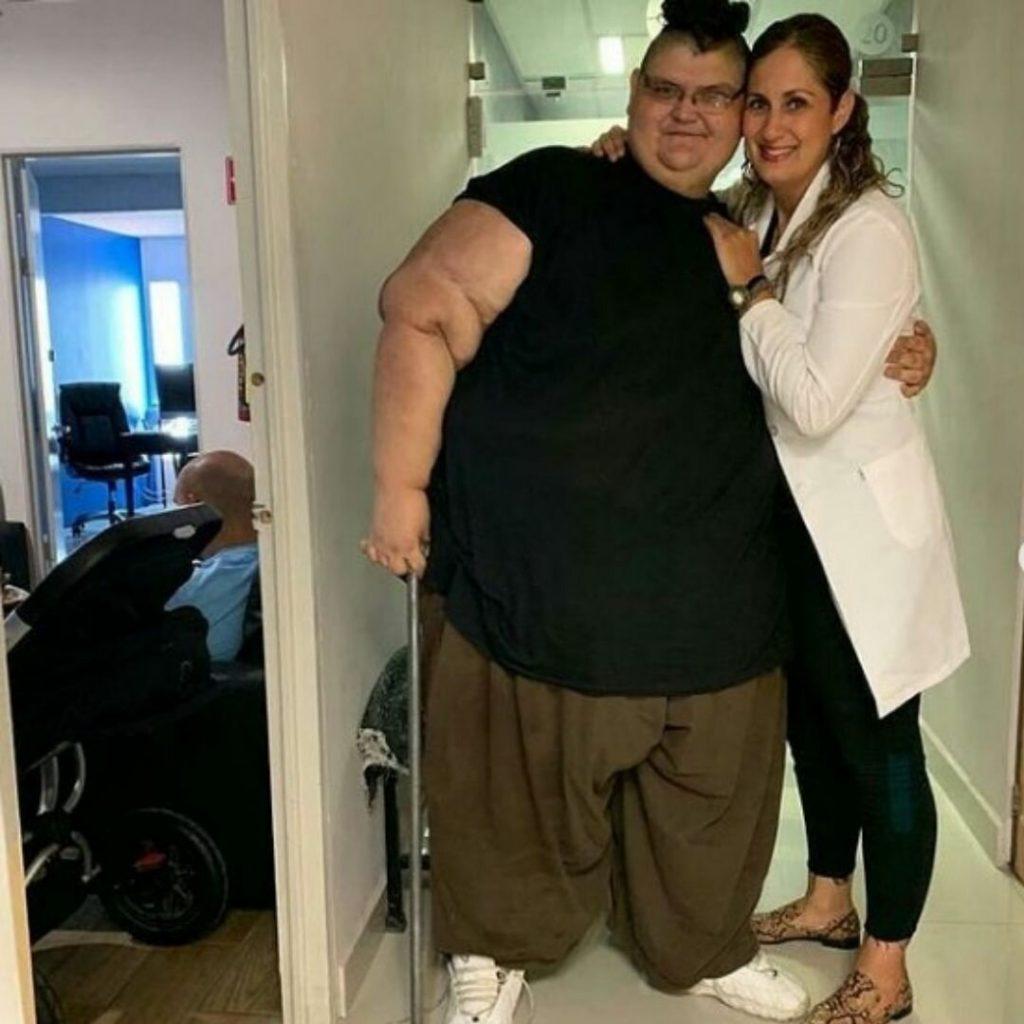 Success pleased and stimulated the Mexican. Juan gradually got rid of not only excess weight, but also depression, which hung over him for a long time.

Today, the guy is actively developing his accounts on social networks, communicating with people from all over the world.

On his Instagram, a man publishes photos in which he stands on his feet and smiles.

The biggest joy for him was that he finally began to walk. Juan himself gets out of bed in the morning, goes to the bathroom, and then goes to the kitchen to prepare a healthy breakfast.

Now the guy does not want to sit in the apartment all the time. He tries to walk a lot, breathe fresh air. 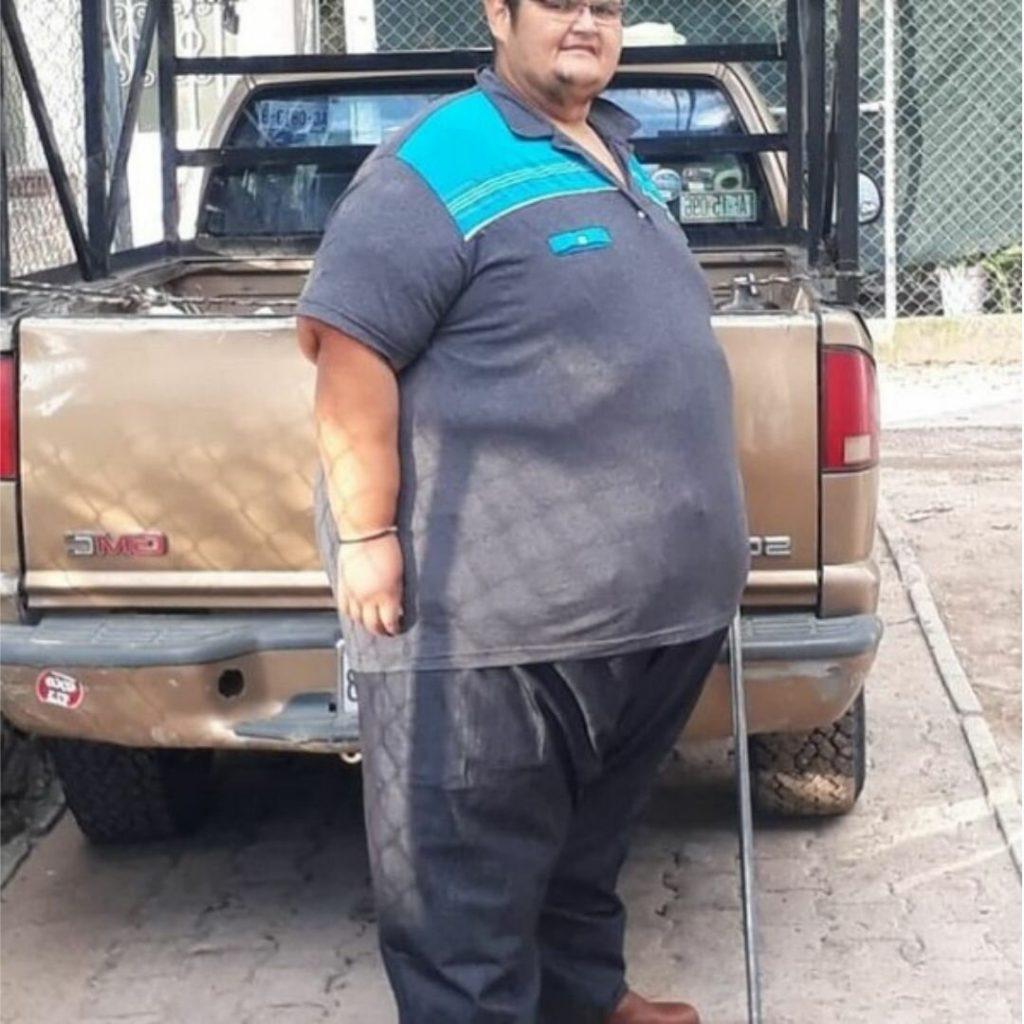 Juan believes that all efforts will give him health, well-being and happiness. The main thing is that Juan does not give up and moves towards his goals. The whole world believes in him.

28.05.2022English
One morning, Susan, who lives in Wisconsin (USA), realised that she could no longer

Не пересекайте границу. Давайте детям право научится жить.
This website uses cookies to improve user experience. By continuing to use the site, you consent to the use of cookies.