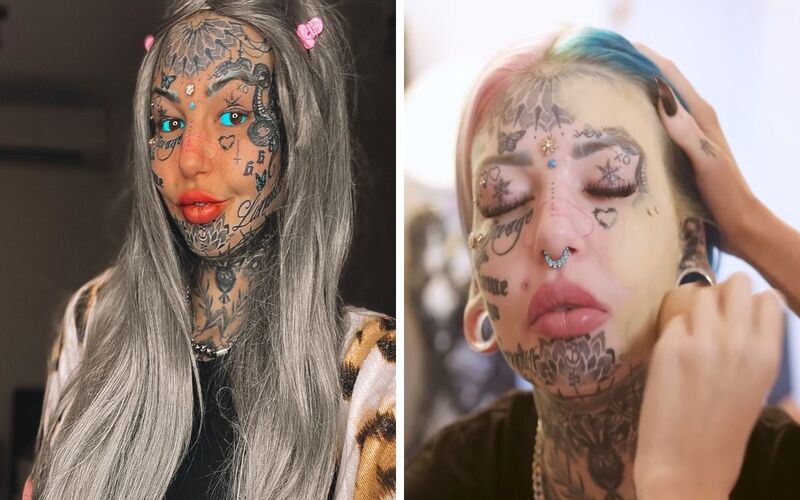 Amber Luke has been into body modification since she was sixteen. By the age of 25, the girl who calls herself a «white dragon» has 600 tattoos, tunnels in her lobes, a forked tongue and pigmented blue whites of her eyes. 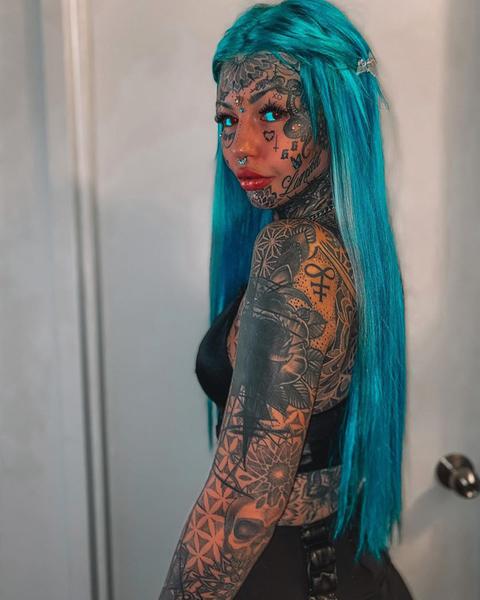 But recently, Amber decided to take part in an experiment and see what she would look like without a tattoo. 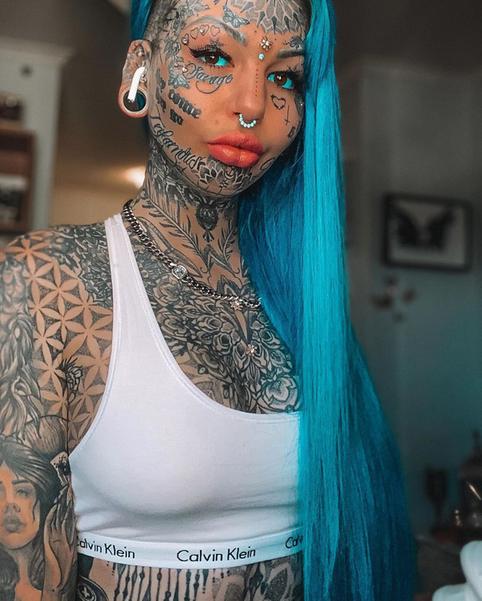 Amber, along with her friend, used a special foundation and masked all the tattoos on her face and hands with it. She decided to surprise her boyfriend. The boyfriend, seeing the “clean” soul mate, was very surprised and at first did not recognise her. But then he admitted that he did not like this appearance. Amber herself was not impressed with the new look either. Looking in the mirror, she cried and said that she started getting tattoos due to severe depression. 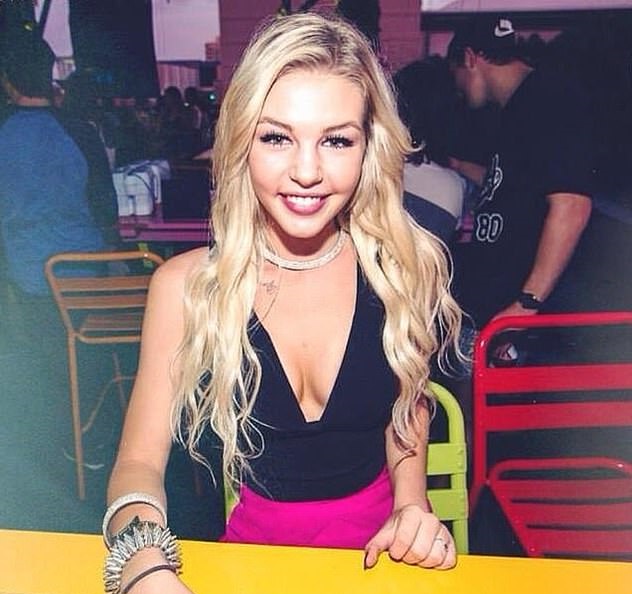 Previously, she could not calmly look at herself, and the drawings helped the girl overcome problems, and also carried a special meaning for her. Luke happily washed off the foundation and was very glad to see her familiar body covered with tattoos again.