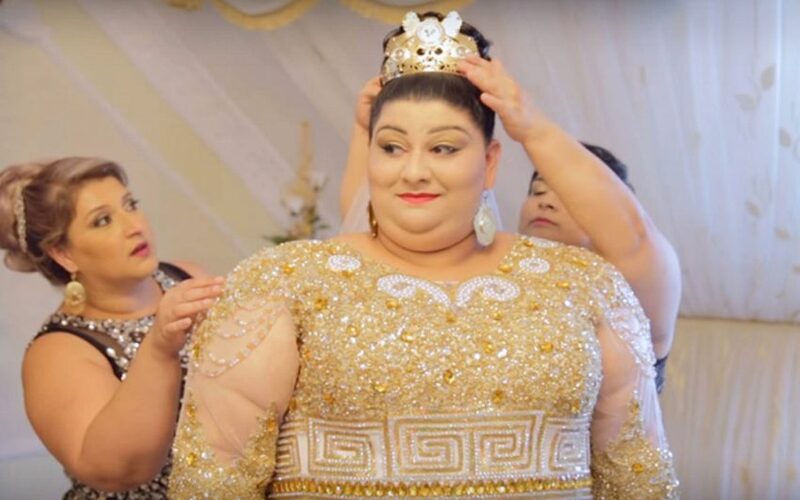 It’s no secret that gypsies always try to do everything in a big way — if there is joy, then with songs and dances, if there are sorrows, then with tears, and if there is a wedding, then there must be a lot of gold! 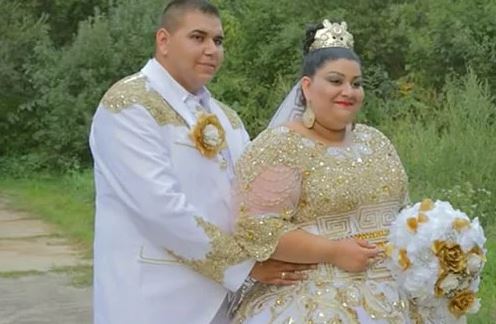 The most «golden» Gypsy wedding was the wedding of a couple from Slovakia — Evka and Lucas. These magnificent newlyweds decided not to save on such a festive event and take it off on a grand scale. Apparently, it was successful, since the photos from their celebration are of interest to the whole world! 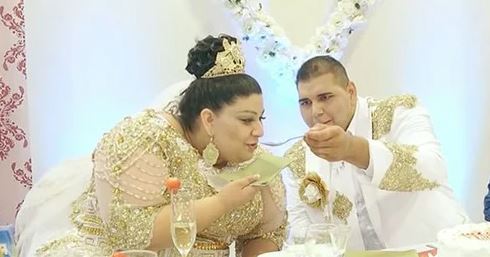 The bride’s white dress cost 200 thousand dollars, and judging by the video, the girl changed her outfit three times — she was in black and red after. By the way, about the video, it was watched by more than a million people. Imagine a million for someone else’s wedding!

By the appearance of the couple, it is difficult to understand how old they are, but it turned out that they are very young — the girl is only 19, and the guy is a year older than her. The couple rode around the city in a limousine, strapped money to themselves, walked the red carpet — all just to demonstrate prosperity. 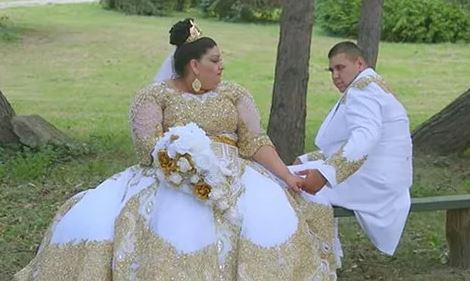 During the banquet, the tables, of course, were filled with food and alcohol. It seems that they had literally everything! However, many on the Web regarded this as a show-off, but what do you think?